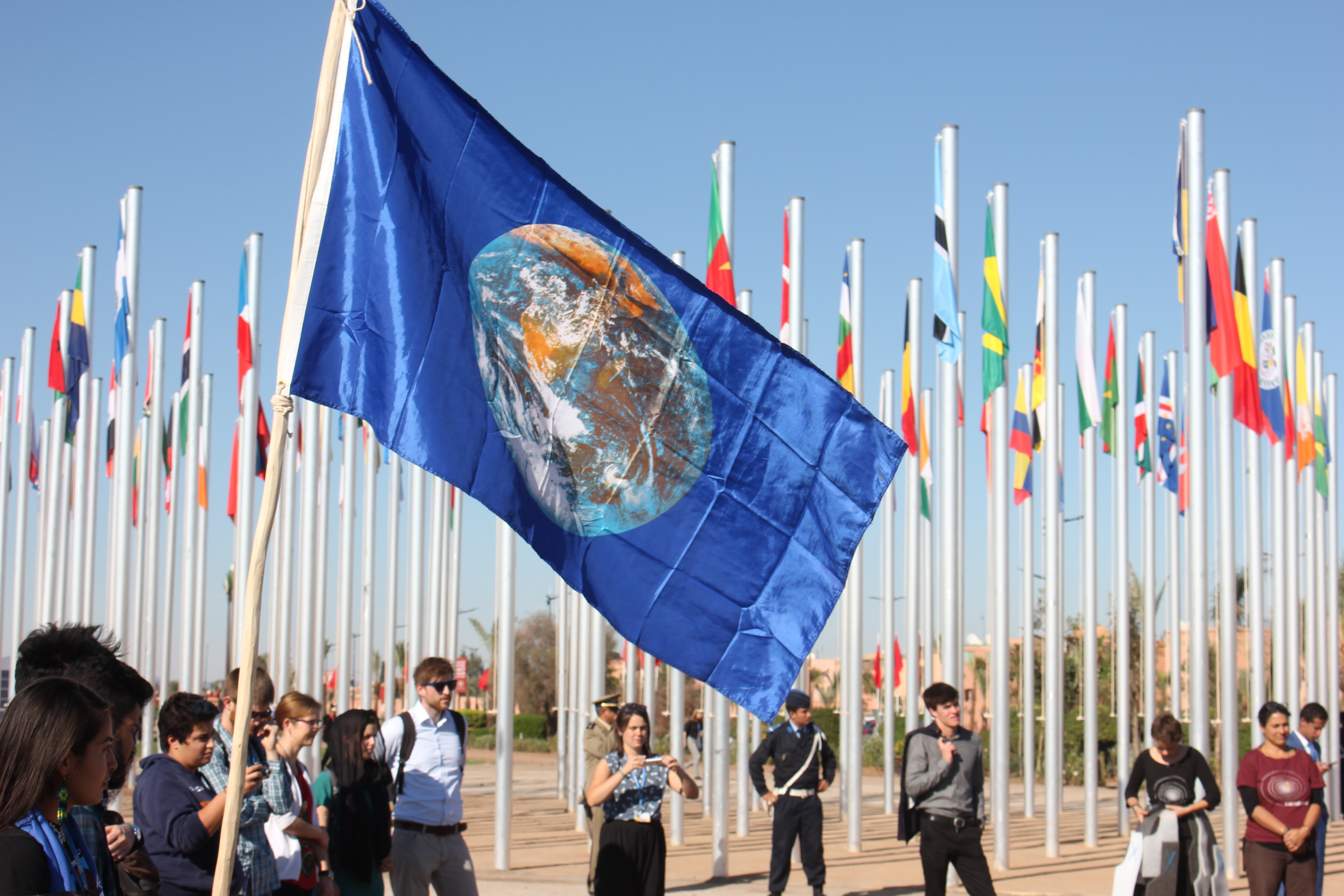 At 6 AM in Marrakech, Morocco, SustainUS delegation leader Morgan Curtis gently woke me up. She told me Trump was closing in on winning the election. Four hours prior I was finalizing a press release for our election action inside the UN Climate Change Conference and sending media pitches assuming a Clinton win. We hadn’t accepted a Trump presidency as a possibility. As I felt shock and confusion, I grabbed my computer to make sure it wasn’t a joke. I found a map drenched in red.

The shock shifted to fear. As Morgan and I held one another, we listed frontline communities back home. I flashed back to the anxiety of election day when I worked on the Obama campaign four years ago. I expressed love for all the organizers who gave their whole selves. I knew they were feeling they could have done more. We all could have done more.

Twelve of us gathered in a circle. We sobbed. We had panic attacks and worked each other through breathing exercises. We prayed. We shared fears of what a Trump presidency means for queer people, victims of sexual assault, immigrants, and people of color. One reflected on his grandparents who had come to the U.S. after escaping Nazism. We sang. We decided on our new mantra:

“We must let the land shape us

Let water carve caverns within us.

Let the wind build and break us

We are walking into fire. If we can learn from the forests, we know fire means rebirth. Now more than ever, we must have this humility.

We hadn’t planned for a Trump win. We didn’t have a second press release or a back-up action plan. Ryan, Dineen, and Ben stayed up all night creating a beautiful flowing banner that read “Presidential To-Do List.” Our demands ranged from respecting indigenous sovereignty to breaking free from fossil fuels. The list was intended for Clinton. In the face of a climate-denying president, our massive banner now seemed so small.

Remy offered an alternative: cross off “presidential” and replace it with “people’s.” We had reached a whole new magnitude.

We carry the heavy weight that millions of lives will be threatened, hurt, and lost under the Trump presidency. But now more than ever, we feel an unrelenting faith in the power of the people. We will organize. We will engage in massive civil disobedience. We will build community in unlikely places. We will sing. We will create. We will love.

Our “People’s Presidential To-Do List” was never really meant for the president. It was always meant as a checklist for ourselves, a reminder of the world we, the people, will create.

Hundreds of youth gathered inside COP 22. We sang our mantra. Members of SustainUS spoke about what this means for young Americans, but our friends from Canada, Vietnam, Mexico, Switzerland, Brazil, and New Zealand also spoke. The world mourns with us. The Global South will deeply feel the impacts of Trump’s proposed neoliberal, imperialist, and fascist policies. As the Paris Agreement goes into effect, global leaders committed to ambitious climate action dwell in the reality that the U.S. has just elected a climate change denier. 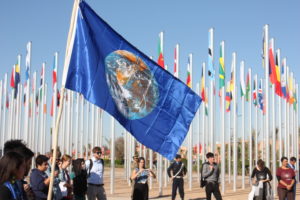 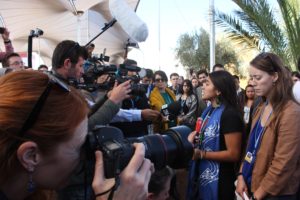 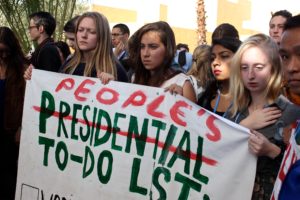 After demonstrating inside, we walked out into the public space and joined hands with more young people. We raised an Earth flag in front of the flags of 197 nations. Ryan led “It’s the Same Thing,” an interactive arts scroll by Rachel Schragis spanning 90+ feet of visual depictions of climate struggle around the world, accompanying a song of solidarity beyond place and issue. We found hope in regenerative solutions.

When I think of heading home in eleven days, I remember what brought me to this movement: the red rock. I feel the red earth bleeding. My home state of Utah has always been a national sacrifice zone. But the potential loss feels magnified. How many more cuts will a Trump presidency create?

Over the next ten days, the SustainUS delegation will fill COP 22 with vulnerability, compassion, and radical truth that it so desperately needs. This morning we went to the U.S. Center and asked for an immediate meeting with the U.S. Delegation. We were turned down. When we told a representative of the State Department that we had spent the morning sobbing, she responded with nervous laughter. How do we lose our capacity to grieve? And once it is lost, is there space for empathy? We must create space.

We will also prepare ourselves for the community organizing that awaits us in our homes. Fleeing the country is not an option. As we walk into fire, now more than ever we must rise like the water.

As an organizer, aspiring writer, and public lands policy wonk, Brooke believes story has the power to create community in unlikely places. Growing up in Salt Lake City, Utah, her activism is rooted in the Wasatch Mountains and red rock wilderness. For Brooke, these wild places define home.