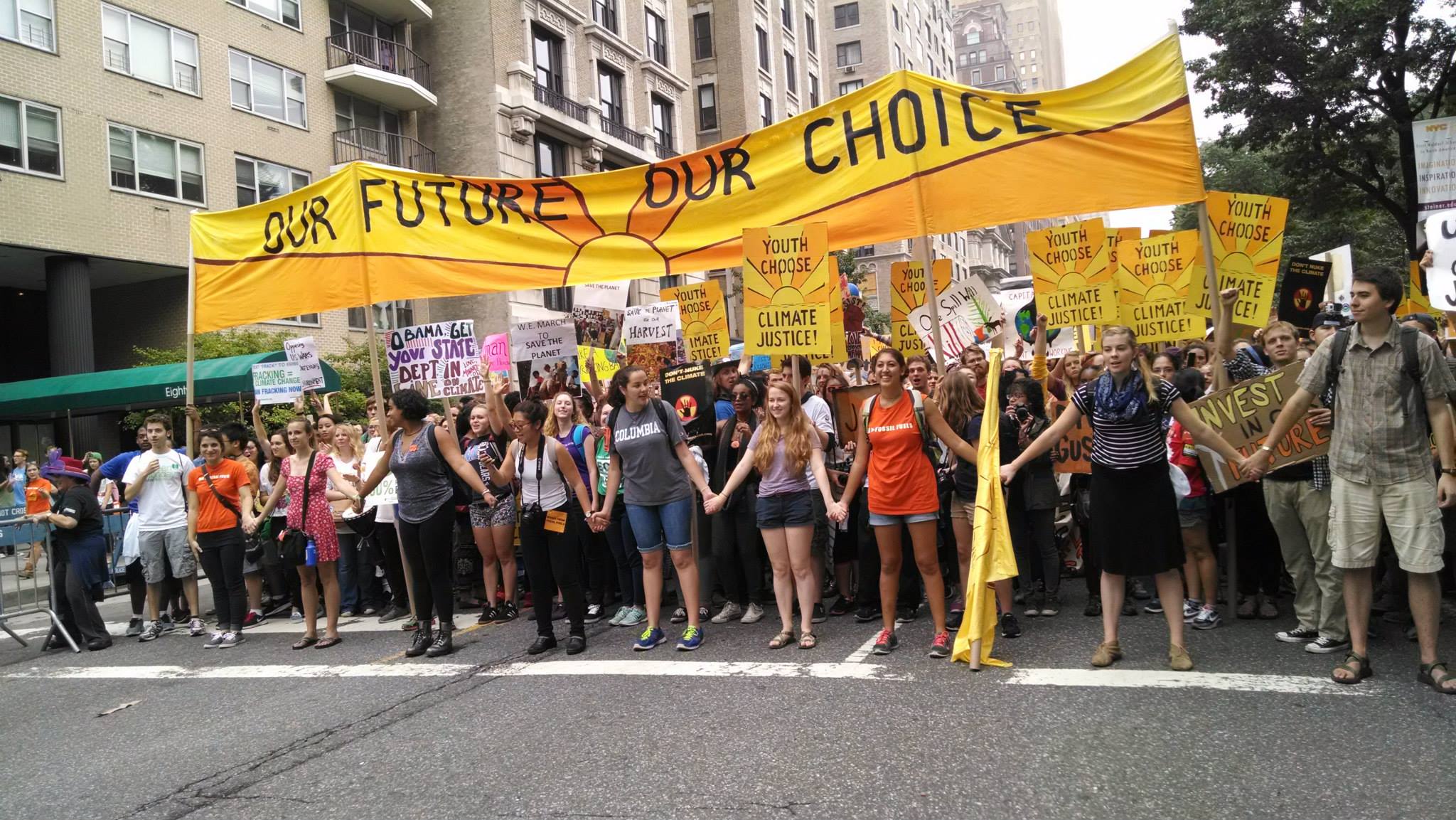 This piece is cross-posted from WeArePowerShift.

I’m not one to talk about the science of climate change. I assume that at this point everyone has decided to lean into the reality of climate science – or has chosen to disengage and hope that things get better on their own. But as a recap of what we know: climate change is happening now; it’s driven by our consumptive, wasteful lifestyles, and an addiction to fossil fuels; and, the fossil fuel industry has a both an incredible amount of power and an economic interest in our world holding on to our fossil fuel dependence.

This spring, the Intergovernmental Panel on Climate Change (IPCC), the world’s foremost authority on climate science, finalized its most recent report on the state of the climate. This report reinforced the IPCC’s previous conclusions: that the more we disrupt our climate, the more we risk severe and irreversible impacts. However, perhaps more importantly, the report finds that we have the means to limit climate change and build a livable future.

In December, negotiators from 196 countries will meet at the 21st Session of the Conference of the Parties to the UNFCCC (COP21) in Paris to craft an agreement for how we are going to tackle global climate change. For over two decades, these negotiators, along with representatives from non-governmental organizations, international youth delegations, and a myriad of other folks have gathered to address the huge and imminent threat climate change poses to our world.

This process is flawed in many ways: voices from communities most vulnerable to climate change are under-represented, the fossil fuel industry that is invested in climate destroying activities sponsors some aspects of the meetings, and there is a lack of political will to make the decisions our world and communities need.

Despite these shortcomings, the UN remains the main venue to reach an international climate change agreement, so it is necessary to show up and clearly communicate where we stand.

That is why I’ll be traveling to Paris as the co-leader of the SustainUS delegation, a group of young people from across the US, to take part in this year’s climate negotiations. SustainUS is a youth-led organization advancing justice and sustainability by empowering young people to engage in political advocacy at both domestic and international levels. We have sent delegations to the climate negotiations for the last 10 years, and have focused on building youth leadership within international decision-making.

In Paris we’ll lobby international negotiators to move forward on the policies we need to transition to an energy economy that promotes jobs, a stable climate, and a more just world for all. Through traditional and social media we’ll be showing how, even in the best case scenarios, the outcomes of the UN climate negotiations are not enough. We will also show that there are young people around the world rising up to make change themselves. We will tell a different story: of our needs as a global community; how we get to a world that provides for everyone.

Every year since the climate negotiations began, we hope for something different – something that’s actually ambitious, an agreement that recognizes the necessity to act now. However, over the last 20 years, our efforts to repair an international system fraught with inequities and gaps in accountability have failed to put us on the trajectory that recognizes the seriousness of our social, economic, and climate crises.

What we need is a process where young people and those most impacted by climate change not only have consistent access to the negotiations, but one in which these voices have influence.

The outcome of the Paris negotiations will not make or break our future. Our future, and our present, depends on communities coming together, and pressuring our leaders to be courageous and do what is actually needed – rather than what is politically expedient.

But an ambitious agreement by all governments can send a powerful signal that the transformation to low-carbon, climate resilient societies is not only possible, but also inevitable.

The climate negotiations this December are a huge opportunity for the climate movement, and people across the world, to hold world leaders accountable to the needs of our world. As decision-makers work to create an ambitious and legally binding agreement, it’s necessary that we communicate both the urgency of what’s at stake and that no matter what happens in Paris – we are not done. We will only succeed in tackling climate change if we consistently demand actions that are scientifically and morally in line with the future we need.

Originally published by The Daily Press in Ashland, WI on June 27th, 2015.