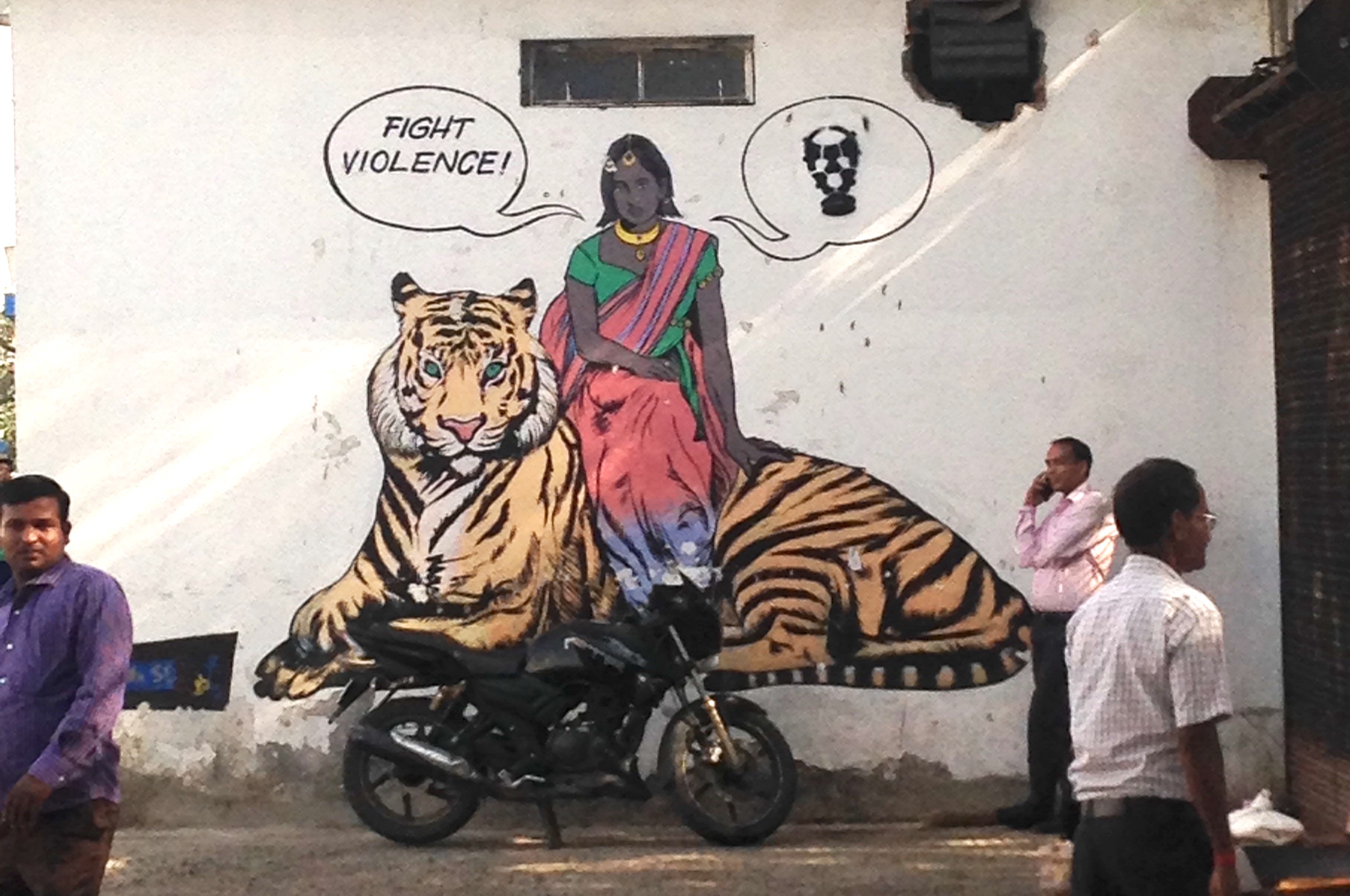 The third floor hallway dropped off sharply to my left, my feet and a chasm to the great outdoors separated by a disarray of bricks and orange plastic netting. To my right, a sleek black glass door and a room filled with suits. India is a series of contrasts – a postcolonial landscape fading between function and freedom. Today, a function: PreCOP22, a national consultation of Indian civil society and relevant government ministers to discuss the upcoming UN Climate Talks in Marrakech.

I’m in India thanks to the Spiritual Ecology Fellowship, of which both Kailea and I are part. We spent two weeks together in the north of the country, supporting an environmental workshop for Tibetan Buddhist nuns and visiting Vandana Shiva (“The South’s most famous environmentalist,” according to The New Internationalist) at the organic farm she founded: Navdanya.

You’re in India! If you happen to be in or around Delhi, let me know, would love to catch up with a fellow climate activist – Pujarini. A response to my auto-reply via a global email list of youth climate activists, this email turned into an invitation to camp out in Pujarini’s apartment in Delhi for a week while I prepare for COP22. Her kitchen table has become my desk as I dial in to far too many 10pm conference calls.

“Who are you?” whispered one of the convening organizers, leaning into my row a few minutes after I sat down in the conference room. I definitely looked out of place – one of only three white people in the room, the other two being older and maler: the EU Ambassador to India and the US Embassy’s Environment Director. “I’m with SustainUS, Climate Action Network member,” I whispered back, and my presence was accepted.

I arrived in time to hear from the think tank Council on Energy, Environment and Water (CEEW), sharing their take on major policy questions heading into Marrakech. One statement in particular caught my ear: “It’s in our interest to negotiate for a more robust transparency framework, to show that India is a great destination for mitigation action and therefore finance.”

The UNFCCC is one great occasionally-decipherable mess of acronyms and oblique terminology. The “transparency framework” mentioned here is essentially the UN’s way of knowing: did the countries do what they said they would do? It includes complex carbon inventorying (= counting emissions), a process that presents great costs to least developed countries (LDCs) with less access to scientists and economists or private sector interests with their own stake in running the numbers.

CEEW’s statement disregards such issues, instead pushing for a less-flexible mechanism that can position India to “win” on transparency and as such attract finance for energy projects. This in a world where “climate finance” can still mean financing new “clean” coal plants.

The afternoon continued much the same, with a series of officials offering up their analyses of conversations to come in Marrakech. It was all men that spoke, all deadpan, all polite. The room rose to attention when the Honorable Minister for the Environment, Forest and Climate Change arrived, and clapped politely when he finished speaking, was offered a small tree in a gold gift bag and was quickly escorted away.

How do these policy spaces so often feel disconnected from the reality of the situation at hand? Why is it that those whose “careers” are in climate change are the ones that seem most numb to the crisis? Why, even in a country where heat waves reached an unprecedented 118F in 2015, taking at least 2500 lives, are we still politely applauding those doing so little, so late?

This is not about India.

This is about what is encapsulated by the US-India Partnership to Advance Clean Energy: the corporatization of crisis, the grave robber multinationals sharpening their backhoes for yet more industrial development in “emerging markets.” This is about the mindset that promotes disease as the cure of the plague.

Saturday afternoon, sitting in the exclusive, half-built Constitution Club in Delhi (a “public” facility that pays less than $2 annual rent), I saw just how viral corporate capitalism has become. Even in a developing country, where we western young people disenchanted with materialism flock for a “spiritual” experience, discussions about the survival of millions are so quickly corrupted into trade deals. I saw how, even when we’re not in the room, U.S. culture, power and industry is still setting the parameters for action.

I walked out, down the dusty stairs and out into the thick polluted air, with a protest chant from COP21 in Paris ringing in my ears: De-de-de-carbonize. De-de-de-colonize.

I’m sure we’ll be singing it again in Morocco.