The SustainUS COP22 Delegation has begun our exciting journey of action, change-making, storytelling, and deep community building in Marrakech, Morocco. At our new home, an open rooftop welcomes birds and the muezzin’s call of prayer five times a day. We thank all our friends, mentors, family and fellow activists who have supported our journey! 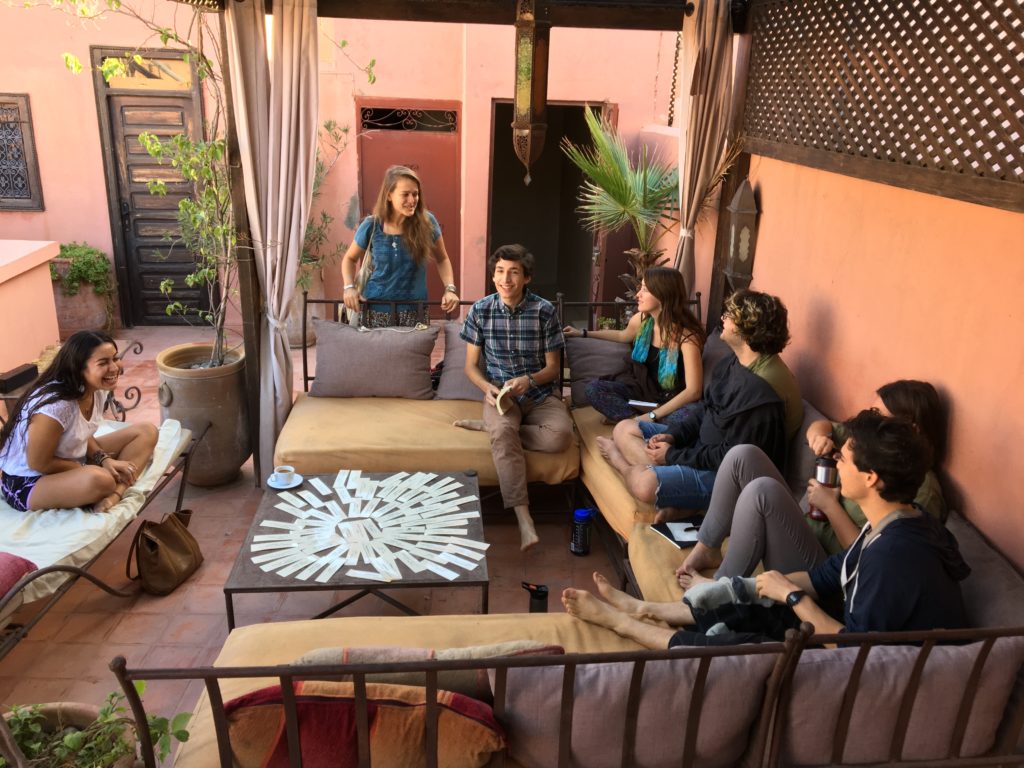 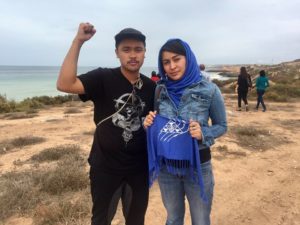 Delegates witnessed environmental injustices in Safi, a community facing extreme impacts of phosphate refining and exploitation, during the Systems Change not Climate Change conference. Ironically, the phosphate company OCP (Office Chérifien des Phosphates) is not only one of Morocco’s largest polluters but also a major sponsor of this year’s COP. 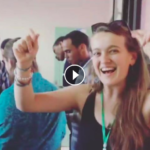 Kayla DeVault and Ryan Camero led an interactive workshop on ‘Collective Liberation and Positionality’ at the Conference of Youth (COY), an annual gathering of young climate leaders preceding COP. Through song and art, they amplified issues of indigenous sovereignty, grassroots agency, and cultural loss. 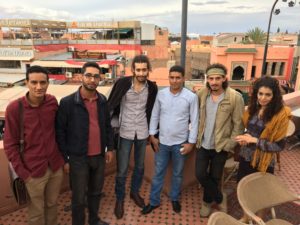 Moroccan activists shared stories about the environmental injustices they face – from struggles over water sovereignty in Imider to extractive energy projects like the Noor solar project in Ourzazate. The Moroccan regime has blocked radical social movements from COP22, so activists have organized an alternative Democratic Network to Accompany COP22. 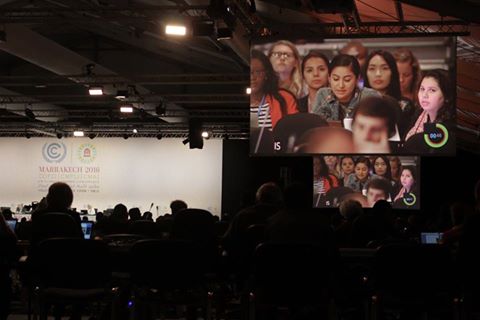 Niria speaking in front of thousands at the APA plenary session

Monday was the first day of the negotiations, and nine of our delegates spent the day inside the Blue Zone where the official U.N. process takes place. They attended organizing meetings, side events, and plenary sessions. A highlight was Niria delivering a statement on behalf of the climate justice community at the Opening Plenary of the Ad Hoc Working Group on the Paris Agreement (APA). In front of nearly 1,000 global leaders, she called for bold action to meet the 1.5 degree target. Becky, Ryan, and Devi also attended an event hosted by The GroundTruth Project at Cafe Clock Marrakech to engage with storytellers from all over the world. 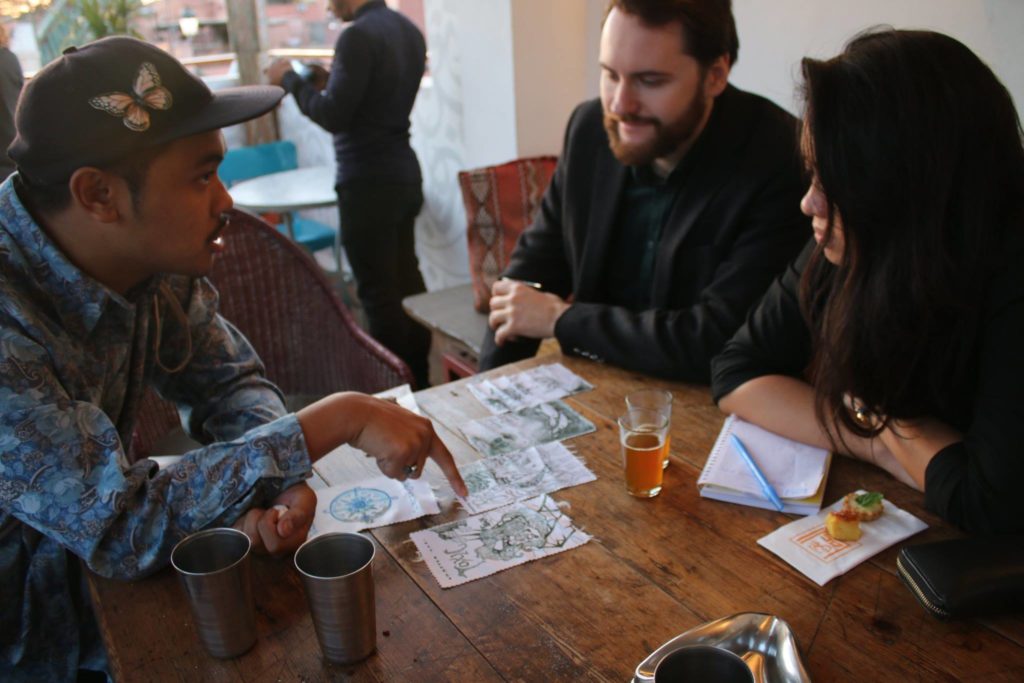 Ryan sharing his storytelling work and art with GroundTruth fellows

Kayla is spending three days with Moroccan activists in Imider, where locals have been occupying a mountaintop since 2011 to protest industrial water extraction. She is sharing her experience organizing for indigenous sovereignty and climate justice and promoting solidarity between Moroccan activists and Standing Rock. 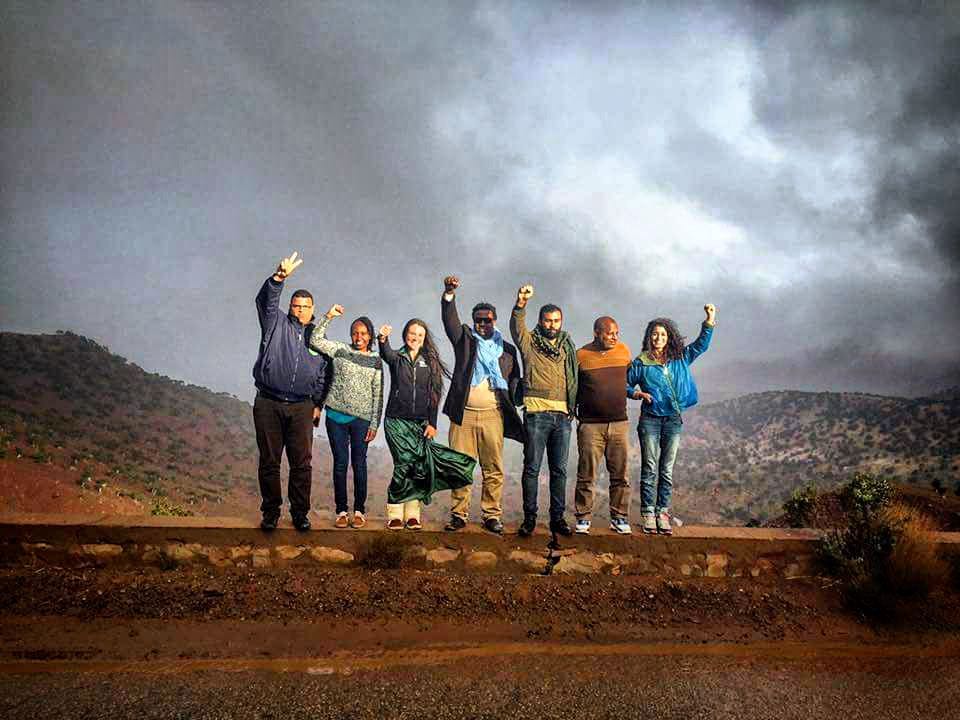