In the midst of unprecedented disasters devastating entire regions of our country, the Trump administration has chosen this week to unveil some of the cruelest legislation imaginable.

To say that the potential repeal of DACA to disrupt our immigrant communities would be an understatement. The repeal of DACA will plunge our immigrant communities into a humanitarian crisis. Over 800,000 Americans depend on DACA to legally work, go to school, and access services. Repealing DACA will revoke those rights, destroy their future plans, and rob these individuals of their sense of security. It needs to be at the top of our agenda to reinstate DACA with urgency, but the fight doesn’t stop there.

The fight for justice goes beyond DACA and extends to all 11 million undocumented immigrants living in the United States. These communities have experienced massive deportations in recent years, ripping families apart and casting family members out of this country to a foreign country that is not their own. Our immigrant communities consist of students, workers, employers, fire fighters, service members, and mothers and fathers making valuable contributions to our society. With their rights threatened, it is our duty to stand in solidarity at this pivotal moment.

Immediate action is necessary. DACA was achieved after thousands of members of our immigrant communities orchestrated coming out actions demonstrating that we were undocumented and unafraid.  Once again, we need to come together through public demonstrations, including marches and acts of civil disobediences, to ensure equal rights for all Americans.

Since Tuesday, we have seen massive demonstrations aiming to combat this legislation. From coast to coast our immigrant communities are refusing to sink into the shadows and are instead publicly calling on leadership to respond to this insidious presidential action.

Because of their efforts, the states of New York, and California have threatened to sue the Trump administration on its attack on dreamers. The mayors of New York City and Boston have publically stated their dedication towards protecting the immigrant communities in their cities. While much more work is necessary, these actions show what we can achieve when we act together. Young people have been behind the advancement of human rights throughout history. SustainUS is calling on you participate in the fight for justice and equality for all Americans by participating in the actions below. 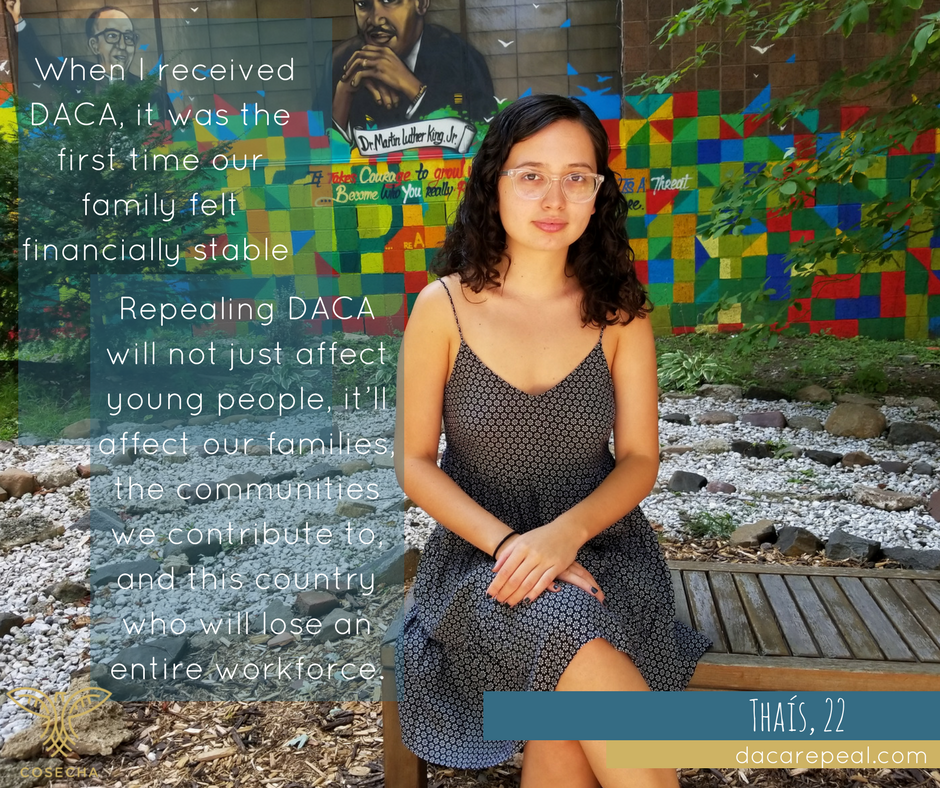