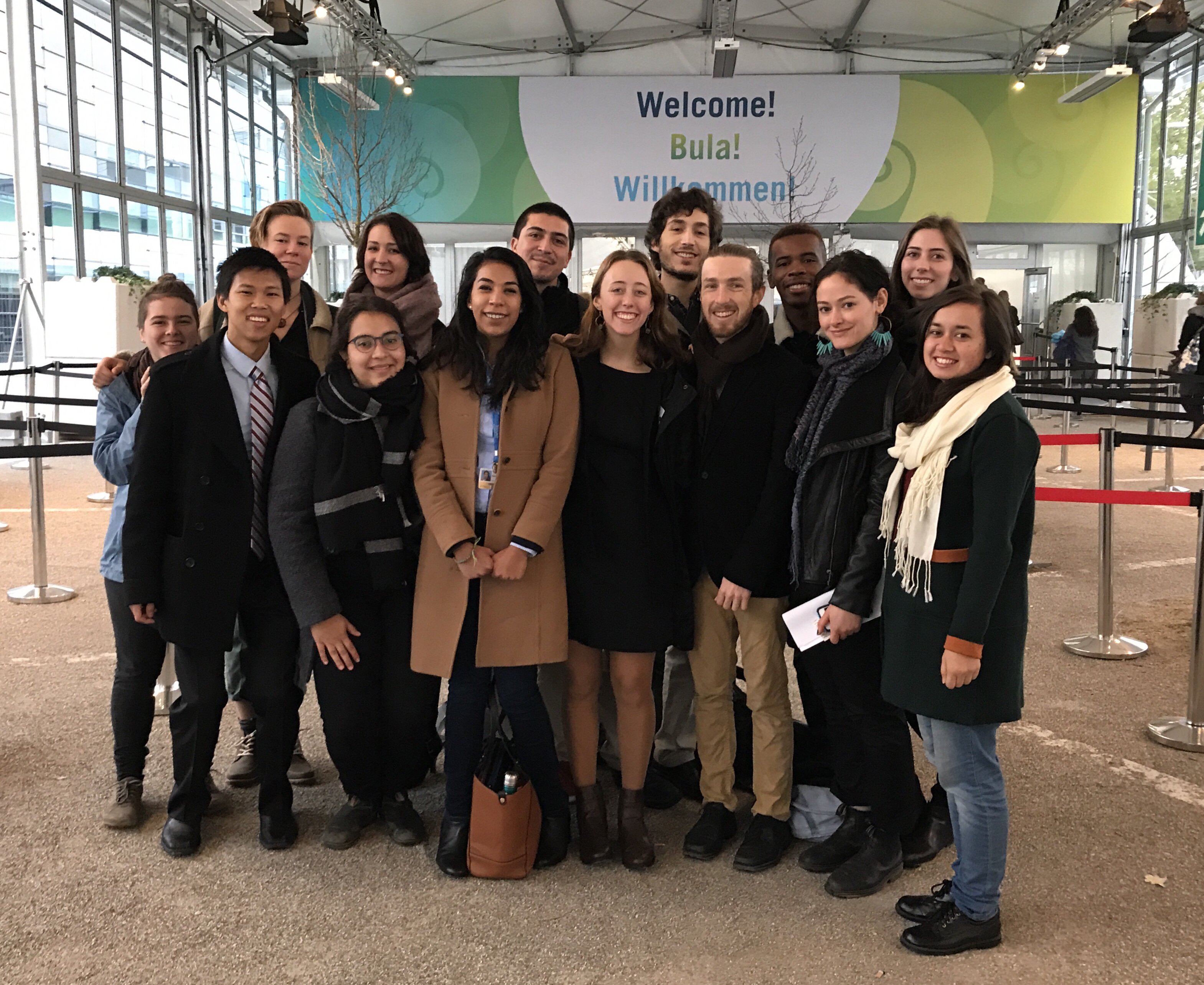 Bonn, Germany — Negotiations open today at the United Nations climate talks for the first time since Trump announced his intentions to exit the Paris climate agreement this past June. Fifteen young people from the United States will join the official SustainUS youth delegation to the meetings. The delegates, age 22-28, come from 13 different states, including California and Louisiana, states most impacted by climate change. The SustainUS delegates will join the “US People’s Delegation” which includes Indigenous communities, communities of color, youth, and policymakers who will showcase what climate leadership can, and should, look like. Fiji, a nation who could be underwater as early as 2050 due to the effects of climate change, is the first small island nation to host the global conference.

“When I watched floods strike my family’s hometown in Chennai, India in December 2015, I was paralyzed with fear that my grandparents might not have food, water, or electricity for days,” said Varshini Prakash, official youth delegate and community leader from Massachusetts. “No one should have to live in fear of losing the people they love or the places they call home. Trump has made it clear since day one that he cares more about protecting the profits of his wealthy friends than about the safety of billions of people. It’s disgusting and immoral. We are here at the U.N. to stand alongside the people of India, Puerto Rico, Houston, California, Fiji, and the countless more who are already suffering from the impacts of climate change right now.”

Official youth delegates will speak out against President Trump for turning the dial backward on climate action in the U.S. while hurricanes, fires, and floods made stronger by global warming rip apart communities across the country.

The Paris Agreement took over 25 years to create, longer than many of the U.N. youth delegates have been alive. “It’s by no means perfect, but it is the most comprehensive international agreement we have to stop climate change,” said Troy Robertson, a 5th and 6th grade English teacher from New Orleans, Louisiana. “I never felt more helpless than on August 23, 2005, when Hurricane Katrina left people in my community stranded on bridges looking for food and resources just to survive. I saw dead bodies floating above houses and I remember asking myself, ‘Is this a world I want my kids to live in?’”

President Trump’s decision to pull the U.S., the largest historical climate polluter, out of the Paris climate agreement threatens the lives and livelihoods of young people and countless others across the world. The majority of Americans support the Paris agreement and want the government and businesses to do more to stop climate change. This meeting in Germany will be pivotal to spark future global action on climate change.
“We are here as a delegation of 15,” Prakash says, “but also as part of a movement of thousands of young people uniting at home to make sure local, state, and federal politicians follow through on upholding the Paris Agreement. If they don’t, we’ll vote them out of office.”

Interviews with delegates available upon request.

About SustainUS: SustainUS is a youth-led organization that empowers young people in taking creative action to demand justice and sustainability on a global stage. We believe that systemic change is needed to deal with our massive social, economic, and environmental crises. To that end, we train young people to be effective agents of change, create media that frames important political moments, and engage directly in key policy processes at both the domestic and international levels. SustainUS has engaged with the U.N. Climate Negotiations since 2005, and helped establish YOUNGO, the constituency representing young people at the talks. SustainUS has trained over 1,000 young people to be lifelong agents of change since 2001.

About the U.N. Climate Negotiations: The United Nations Framework Convention on Climate Change has an objective to “stabilize greenhouse gas concentrations in the atmosphere at a level that would prevent dangerous anthropogenic interference with the climate system”. The Framework has 197 “parties”. The parties to the convention have met annually from 1995 in Conferences of the Parties (COPs) to assess progress in dealing with climate change. The Paris climate agreement was signed in December 2015 and represents the largest step global leaders have taken to address climate change. The treaty covers mitigation, adaptation, and climate finance starting in 2020. The goal of this meeting in Bonn is to write the rulebook for the Paris agreement, highlight the impacts of climate change around the globe, and increase national ambition ahead of the 2018 Facilitative Dialogue process.