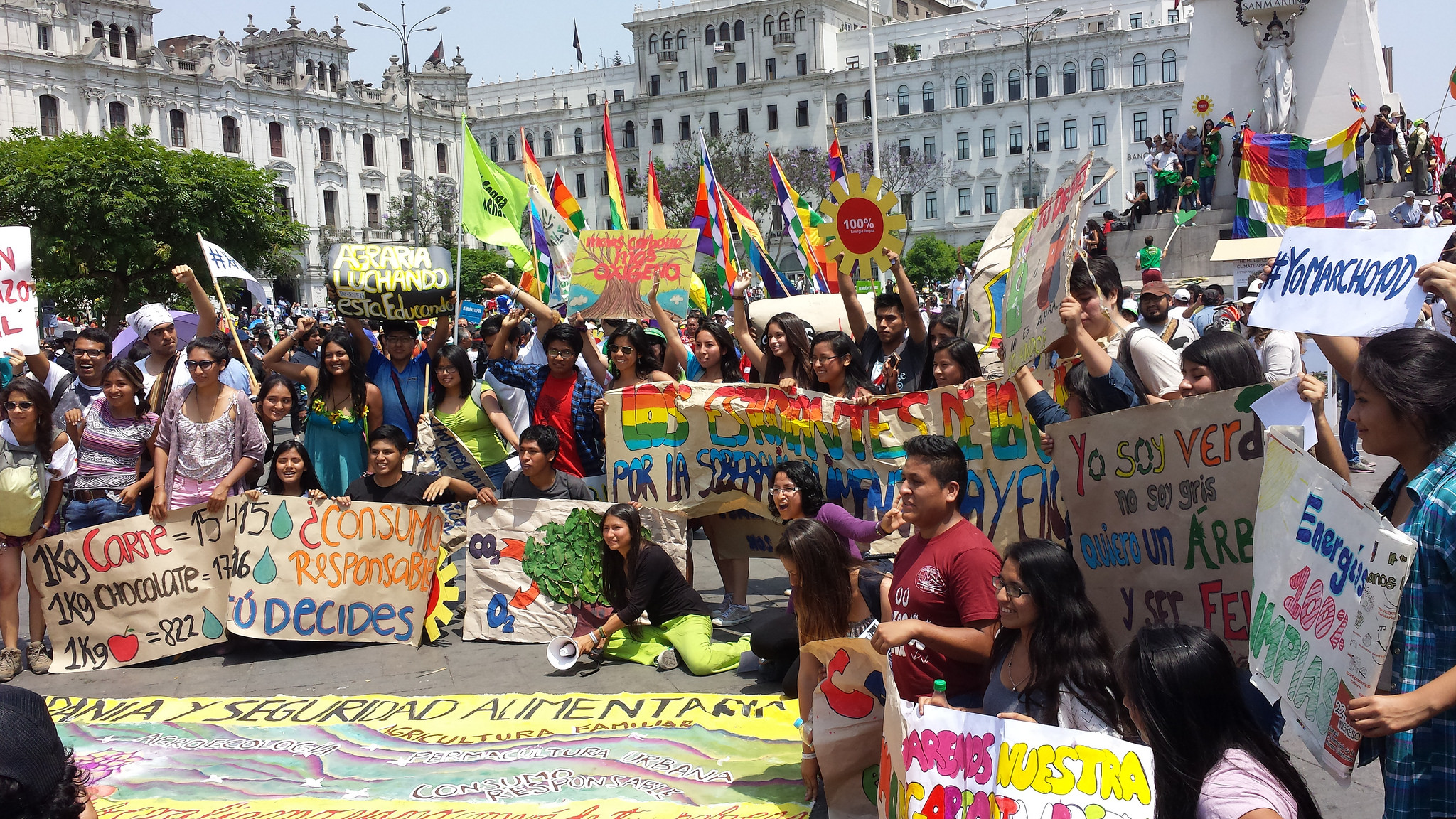 Beyond the Binary: Moving from Top-Down to Bottom-Up Solutions

The creation of a global climate treaty is a monstrous task. The last global deal, the Kyoto Protocol, was signed in 1997, but failed to gain the support of key large emitting countries, including the United States. After nearly two decades of negotiating and building an international regime to respond to climate change, the stage is set for the next global deal to be signed in Paris this December.

The negotiating body for global climate change was established in 1992 with the creation of the UN Framework Convention on Climate Change (UNFCCC). The stated aim of the framework convention is to achieve “stabilization of greenhouse gas concentrations in the atmosphere at a level that would prevent dangerous anthropogenic interference with the climate system.” This effort is to be guided by the principle of “common but differentiated responsibilities and respective capabilities.” In true UN fashion, there is, of course, an acronym used for this principle–CBDRRC. The former component of the phrase, “common but differentiated responsibilities,” supported the formal development of an explicit divide between developed and developing countries by the division of responsibilities under the Kyoto Protocol. In part due to disagreements with this divided structure, many of the largest historical emitters, including the United States, Canada, and Australia, have sat on the sidelines of global climate action.

Lack of participation in the treaty was more than a right-wing ploy of climate denial aiming to dissolve collective action; disagreement with the logic of Kyoto was largely unanimous in the political arena of the United States. In 1997, the US Senate voted 95 to 0 that the US should not sign any international treaty that did not contain binding targets for developing countries. This vote effectively killed the possibility of US support for Kyoto and damaged its power globally.

Twenty years of fearfully slow progress within the global climate regime has provoked an impassioned discussion around the structure of the next global climate deal and how to avoid the mishaps of Kyoto. After looming in the shadows of ‘CBDR’ for most of the negotiations, the “respective capabilities” component of the iconic CBDRRC principle in the framework convention is coming to prominence, playing a guiding role for the development of the Paris agreement.

The core structure of the Paris agreement consists of Intended Nationally Determined Contributions, or INDCs, which are essentially country specific mitigation targets. Mandating that countries all come forward with a unique goal is a step towards revealing unique country reduction capabilities while garnering universal participation. The detailed criteria for the INDCs remains to be negotiated and is one of the great tasks of the UNFCCC for 2015. Overall, the focus on “capabilities” rather than “responsibilities” creates a more positive atmosphere concerning a global response to climate change and will naturally break down the differentiation between developed and developing countries to a degree.

The remnants of the previous dominant mindset were still very alive at the last round of Climate Talks in Lima, Peru—both within the formal negotiations and in civil society. During my time serving as a youth delegate to COP 20, I worked with Climate Action Network International (CAN), which operates to craft a unified advocacy platform of civil society for the negotiations. I sat through a number of CAN meetings and saw sparks fly in exchanges between civil society representatives of developed and developing countries over the issue of differentiation.

An account of global historic emissions provides a clear indication to which countries have contributed the most to global climate change, making it easy to sympathize with the blame-game mentality and demand that developed countries must fix the problem. This framework of assigning responsibilities runs into a host of practical challenges through policy implementation, and ultimately fails to galvanize collective energy for action in a common direction.

The Lima Climate Talks did not serve as the final nail in the coffin for traditional differentiation in country responsibilities based on the developed vs. developing narrative as many had hoped, but a number of other proposals for differentiation are gaining traction on the global stage. Countries within the Like-Minded Developing Countries group (LMDCs) make up the loudest voice still calling for a justice based framework that engages the traditional divide. Additional proposals include Brazil’s “concentric circles” proposal; Mexico, the Least Developed Countries group (LDCs), and the Independent Alliance of Latin America and the Caribbean (AILAC), are all calling for slightly different formulas for differentiation, but all include a demand for leadership from developed countries while including full participation from developing countries. The US remains one of the loudest critics of the traditional development divide, stating before COP 20 that the US will not support a treaty that is “based on a 1992-era bifurcated approach… based on categories fixed in a time that will be nearly 30 years old when the new agreement comes into effect.” While there is a great deal of work yet to be done to continue to foster a response to global climate change that is both effective and equitable, the blame-game politics of climate action are subsiding, making room for a stage of collaboration and collective action.

The elevation the “respective capabilities” framework has supported an increased focus on bottom-up components of climate mitigation and adaptation, compared to a dominant top-down strategy of before. From my own work in the youth climate movement, I see a mirror shift within the global climate justice movement to this move within the United Nations. In earlier years of climate policy development, our movements were largely building force to call on our leaders with a strong and unified voice to demand action on climate. Since the great let-down of COP 15 in Copenhagen and the acknowledgement of a growing gap between political progress in the negotiations and actualized progress in declining emissions, our movements have begun to shift focus and purpose. Rather than approaching the climate talks as the savior point for humanity, civil society is concentrating energy towards building up unique components of the overall adaptation and mitigation effort through growing our movements. We are shifting power through building up the strength of our communities to build change from the grassroots up–we are divesting our institutions, growing local food systems, halting fossil fuel infrastructure projects, and we are building distributed, renewable energy systems. This transition, I believe, marks a maturity of the climate movement. Civil Society is not using its growing force to demand for policy to ignite solutions, but to demand leadership and policy decisions to scale up progress made by local action.

The international arena is accompanied by a host of challenges. The Climate Talks continue to fail to produce necessary solutions for many reasons beyond stubborn negotiators defending national priorities, although stubborn negotiators definitely do exist. The overarching transition from top-down, blame-game policy to a bottom-up, capacity-based approach is an essential step for progress to combat climate change and foster international collaboration. Just as much as there are clear parties at fault, it is also clear that a global response to climate change is going to take all of us in every way.