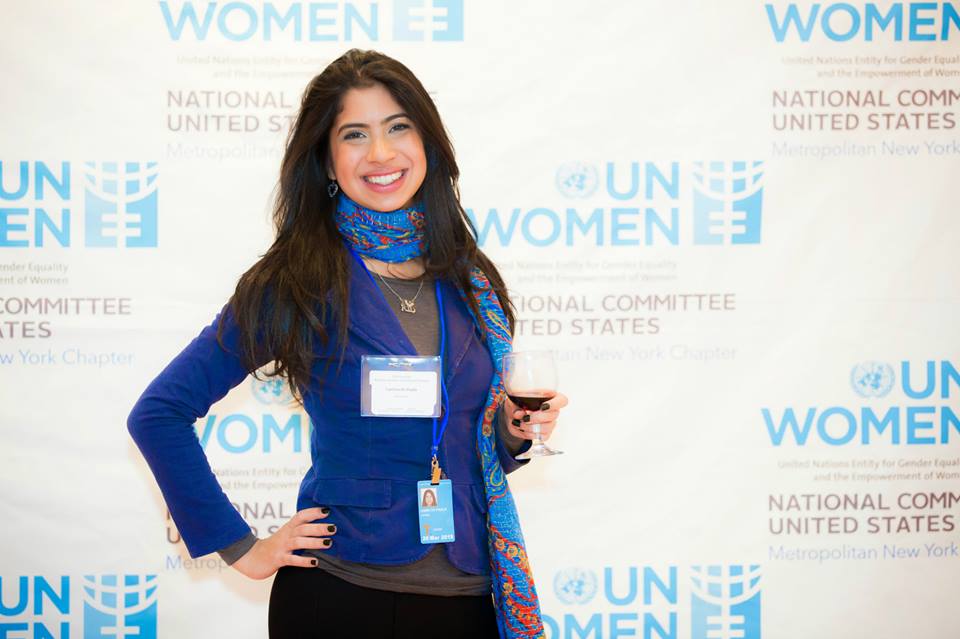 The Power of Language Diversity

My name is Larissa, and I was a SustainUS Agent of Change at the 59th Comission on Status of Women, or Beijing+20.

I am Brazilian and I have been living in the USA for seven months. I used to underestimate my first language, Portuguese, because many opportunities I had such as being able to communicate with foreigners, studying in the US, getting to know a gender equal environment and even going to the United Nations were only brought to me by the knowledge of English. I used to think only English was the world’s language. So I could not see why Portuguese was important. It was not spoken by many countries, most of people did not want to learn it, and it was not even one of the UN official languages.

However, the Beijing+20 experience changed my views completely. As the only countries I had been to were Brazil and the United States, I had never realized that I could easily talk to people from Mozambique, Angola, Portugal, Guine-Bissau, East Timor, Cape Verde, São Tomé and Principe and other Portuguese-speaking countries. I had never realized the magic behind sharing a mother tongue with women from other continents. What reminded me of a very famous quote by Nelson Mandela:

Even though the Portuguese colonization was very painful, I realized that one unattended consequence of it was the creation of a bond across continents. In the context of the 59th Commission on the Status of Women, it created an instantaneous bond between me and my sisters from Portuguese-speaking countries. I knew what I said could go to their hearts because what they said went straight to mine. I suddenly felt home, even though those women were not even from Brazil. And then I realized: every language is powerful. Language diversity is not a barrier; it is a connection.

I looked around. Right in front of me I could see my insight being confirmed.

There were women from different countries getting together because they spoke the same native language. Many of them did not share political experiences, religious beliefs and various aspects of their culture. However, they shared their mother tongue and a strong desire to achieve gender equality. They could touch each other’s hearts while talking about feminism, and with that they could establish important connections for the protection and promotion of women’s rights around the globe.

I do not want to disregard the role of English as a tool that enable all nations to understand each other. However, only understanding also represents a limit. Only English is not enough anymore for the goal of gender equality.

My argument may seem controversial, but in reality it is very simple. It is a right for every women and girl to learn English since it is a common language of communication. However, the importance of valuing native tongues should be explored. Appreciation of language diversity is a key for women and girls’ empowerment and SustainUS gave me the opportunity to realize that. It enables us to stand up for ourselves in the way we are more comfortable with. Even more, it enables us to speak our hearts and consequently nourishes our sentiment of sisterhood and cooperation – in any corner of the world.