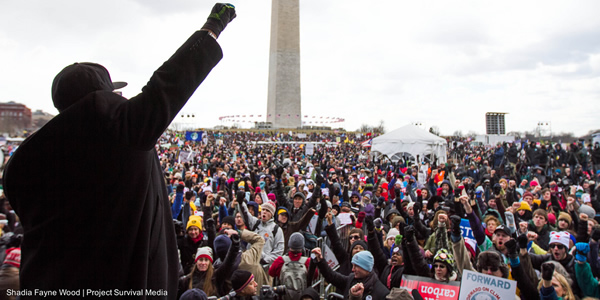 Victory At Last! #NoKXL, the first big win of the Climate Movement

Four years ago, I spent an intense two weeks rounding up Missouri students to make the trek to DC to oppose the KeystoneXL pipeline. We bused across the country to circle the White House to demand that Obama reject the pipeline. Today, the journey is finally complete. We WON!

KXL was the first climate campaign I joined that felt like a real movement. The pipeline was virtually unknown in the spring of 2011. Then, 1253 people joined a mass wave of civil disobedience at the White House in August. The actions didn’t get much media attention at first, but they fired up the movement base. Soon people were bird-dogging Obama everywhere, from the liberal activists in San Francisco to our band of students in St. Louis. The movement grew rapidly, leading to the November 2011 “ring around the White House” action. Just three days after our action, Obama announced he would delay approving pipeline.

I was a bit naive back then, so I figured the delay would turn into full victory within a few months. Instead, KXL morphed from a niche issue into the defining symbol of the climate fight. Big Oil and their paid representatives in Congress fought back ferociously. The movement regrouped and went into marathon mode, staging intervention after intervention for the past four years. Slowly the tide turned. And today, we have a definitive victory.

During his announcement rejecting the pipeline earlier today, Obama declared that “If we want to prevent the worst effects of climate change before it’s too late, the time to act is — is now. Not later, not someday. Right here, right now.” He specifically referenced the need to keep fossil fuels in the ground. These remarks didn’t happen because of Obama’s change of heart. Obama changed his stance and has become vocal about climate change because of the movement.

Organizing works. People-power works. It’s always a struggle, and most victories are incomplete, incremental wins in the long journey towards a just world. Every once in awhile though, you build enough power for a major win.

Thank you to everyone who is part of this movement. In the fight for climate justice, victories are pretty rare. So let’s CELEBRATE! And then, let’s keep building the clean energy revolution.