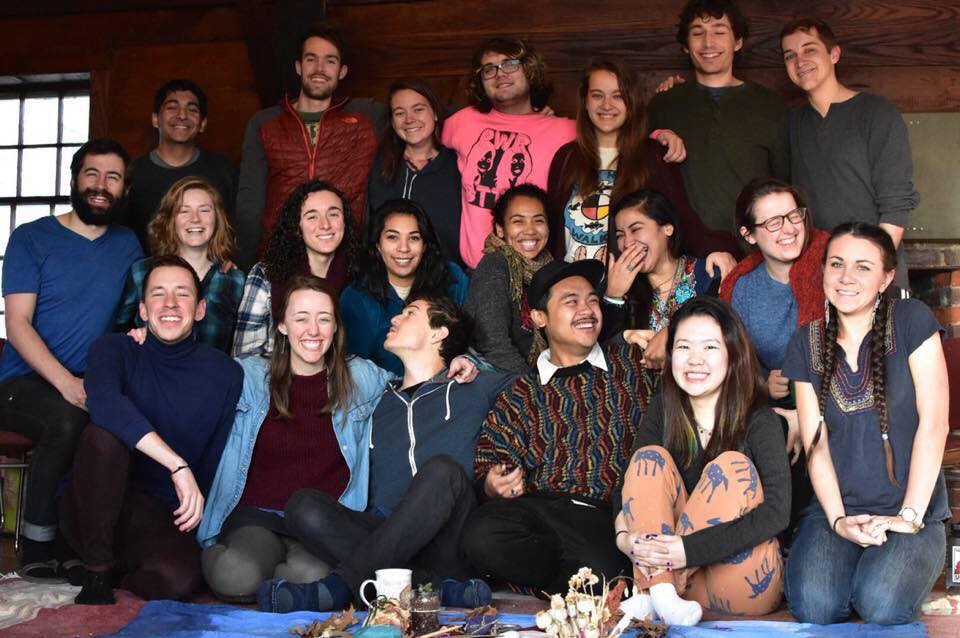 A Gathering of Action and Connection

We have recently returned from a weekend gathering, where 20 SustainUS members came together at the Woolman Hill Quaker Retreat Center in Deerfield, Massachusetts. We traveled across the country in different states of mind, the movements we are a part of all coming alongside us as we came together for a weekend of rejuvenation, reflecting, and organizing. The space itself held simultaneous energy with history of pipeline resistance and of being colonized native land. We held both truths the entire weekend.

On the first day, we shared stories of the struggle and frustration that has been augmented by our country’s administration, taking time for share our pain, our empathy and hold space for each others’ healing. We also reflected on the positive, sharing memories of when we felt most powerful doing work with SustainUS over the past year.

The following day was our day of action. We hosted a community evening with friends from Sugar Shack Alliance, a direct action coalition against fossil fuel development in the Northeast formed in part by two SustainUS members. This group was apart of a two-year long successful campaign against the Kinder Morgan Northeast Energy Direct, a multi-billion dollar fracked gas pipeline proposal that would have stretched throughout New England, but was defeated by sustained, grassroots resistance. Together we all shared a potluck dinner, built art for upcoming pipeline resistance actions in the region, and held trainings in media and nonviolent communication.

During this time, 5 of our members traveled to Washington D.C. for the Native March on Washington to stand in solidarity with Standing Rock and demand that Trump respect Indigenous Nations and their inalienable right to protect their homelands, environment and future generations. It was decided that the crew would bring “The People’s To Do List,” a banner wielding demands for society made on the eve of the elections. Having been a centerpiece of global media responding to U.S. youth reacting at COP22, it was the perfect metaphorical beacon of the shift of power needed in our society. The power belongs to the people. We held the space with a unwavering chant, phrases like “we outnumber him” and “it’s up to all of us” the rallying cries of our consolidation of mass action. As the folks who were at the Capitol did this action, we thought of the many people in our SustainUS community as well as beyond that are fighting for a better world. Watch a video of this action here! 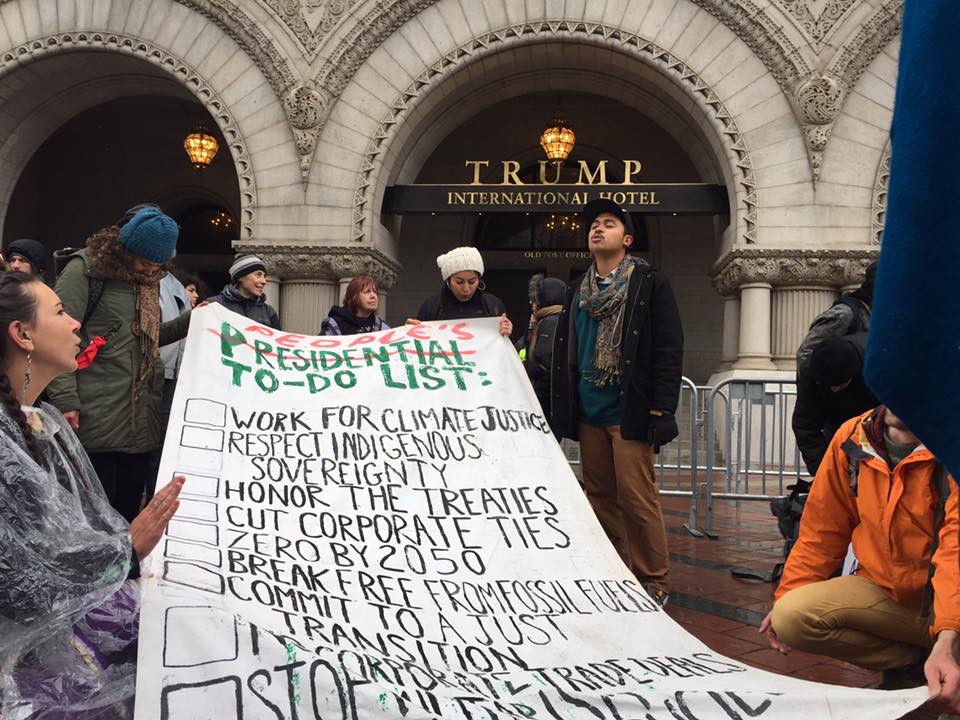 When we gathered again, the two parts of our retreat group went deep in recognizing why some had to go, reflecting on the state of the world – the identity of the United States is fractured by colonialism and capitalism. The conversation drew insights that SustainUS’ experience and history with the United Nations has given us a wider perspective of our country and its positionality. We knew we needed to tell a new story of grassroots globalism, one conscious of the legacies of suffering we carry as citizens but also of international solidarity and shaping a just society for all. While we still have a long way to go, we are eager to learn and build.

Our final two days were dedicated to planning for the future in service of these lessons, and we left with concrete commitments for our organization in new projects on the horizon. We hope, in the work to come, that we tell stories that are genuine and channel power to the people. The retreat was filled with song, homemade food, creativity, and friendship. We all left feeling reinvigorated for the fights to come, sharpened by the awareness that we are one constellation in a galaxy of resistance, and deeply grateful for the community that is SustainUS.