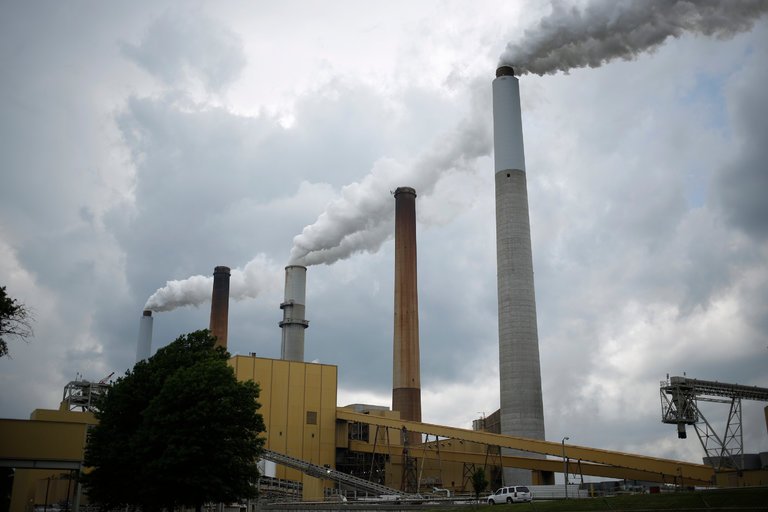 A Call for Justice: SustainUS Response to the Clean Power Plan Repeal

President Trump and EPA Administrator Scott Pruitt’s effort to repeal the Clean Power Plan is the latest in a string of moves to line the pockets of Big Oil billionaires while further endangering the rest of us. Coming just four months after Trump’s decision to withdraw the U.S. from the landmark Paris Agreement, proposing to repeal the Clean Power Plan again shows that this administration will disregard everyday people’s lives and livelihoods in exchange for profit every single time.

The Clean Power Plan requires U.S. power plants to reduce their carbon dioxide emissions 32 percent by 2030. While alone not sufficient to fulfill the U.S. goals under the Paris Agreement, it nevertheless serves as a critical first step to ramping up the United States’ contributions to stopping climate change. As wildfires ravage the West and as Puerto Rico, Houston, and communities across the Gulf Coast and Caribbean face years of recovery from unprecedented hurricanes, overturning the Clean Power Plan is an insult to those already experiencing the impacts of an unstable climate.

Under the guise of ending the “war on coal,” Pruitt is instead waging war on public health, clean air and water, and economic opportunity for millions of Americans. False promises to bring back coal won’t help industry workers who have been handed the short end of the stick time and time again—while billionaire coal barons take home the profits. Facing the climate crisis with the urgency we need requires bold federal action to facilitate a just transition away from fossil fuels that puts workers and communities first. Rather than helping us realize a brighter future, Pruitt is taking our country backwards.

It is abundantly clear that we need kick out the corporate polluters and corrupt cronies who currently occupy Congress and the White House, and elect leaders who will represent the interests of the people. In the absence of bold federal action alongside increased global ambition, we will blow past the 1.5 degree limit articulated in the Paris Agreement — the bare minimum necessary to secure the survival of low-lying nations and other vulnerable communities.

Despite Pruitt and Trump’s best efforts, ambitious efforts by sovereign indigenous nations, states, cities, and communities across the U.S. to combat climate change and transition to 100% clean energy may continue to move forward even if the rule is repealed. In fact, the U.S. electricity sector is already nearly 80 percent of the way to fulfilling the Clean Power Plan targets — ten years early. Indeed, it is communities already facing the effects of climate change that will continue to sound the call for justice.

The call for justice comes from those facing the decline of coal — the very communities for which Pruitt so dubiously claims to care. In towns from Wyoming to West Virginia, families and neighbors are coming together to realize the potential of good-paying jobs in industries powered by clean energy, while demanding their elected officials support them in the transformation.

The call for justice comes from neighborhoods devastated by hurricanes like Harvey, Irma, and Maria. It comes from families facing wildfires in California and deadly floods in Bangladesh, India, and Nepal. In Puerto Rico, it comes from communities demanding a just recovery that ensures the island builds back more strongly and equitably.

The call for justice comes from young people around the world as we take charge of not just our future, but also our present. As part of the SustainUS Youth Delegation to COP23 — the UN Climate Negotiations in Germany — we will advocate alongside frontline communities for an ambitious and equitable plan to fulfill the Paris Agreement’s aims. We will honor the sovereignty of Indigenous nations across the U.S. and advocate for these communities to develop, adopt and enforce their own clean power plans. We will push our local and state leaders to take a stand, even if our federal government won’t.

Then, on November 18, people across the U.S. will confront elected officials to demand they stand up for communities threatened by climate change—or ensure that history remembers their legacy as one of failure. And at every opportunity in the coming years, we will show up like never before to elect true leaders who will fight for our futures.

The climate crisis is a threat unlike one humanity has ever faced. We will need bold action at every level of government if we want a fighting chance of maintaining a livable climate. As the Trump administration makes yet another attempt to endanger millions of people around the world for the sake of profit, we will fight back by amplifying and carrying out the call for justice.

About Morissa Zuckerman: Morissa lives in Oakland, CA and began organizing for divestment as a student at Pitzer College, where she helped lead a successful divestment campaign. She now organizes with Sunrise Movement, working to build a movement of young people to make climate change an urgent political priority, create millions of jobs, and elect climate leaders. Morissa is leading the SustainUS media team at COP23.